1、The president has a favourable rating in the opinion poll.

2、Under favourable conditions, mangrove trees can grow to large sizes.

3、The tax cuts produced a favourable response from the public.

4、With such favourable conditions, we’ll have no excuse if we fail to increase output.

5、But favourable external factors played only a minor part in the revival of emerging economies.

7、Therefore estimates of growth in 2005 (up to 2%) are much more favourable than in the crippling German economy.

8、France and Britain will have a much more favourable age pyramid, with more than two workers per pensioner.

9、Until recently most opinion polls were on balance favourable to the notion of further unifying the European continent by admitting the western Balkan countries, at least.

10、Whipped into a frenzy by marketing and favourable product reviews, we consumers shriek for the latest gadgetry and the factories must oblige.

11、Sugar cane was the only crop shown to have a favourable balance of greenhouse gas savings and emissions, because it requires less fertilizer than other biofuel crops.

12、In Singapore, our policy on the mother tongue creates favourable conditions for the various ethnic groups to preserve their cultures and traditions.

13、When Argentina broke its peg with the dollar in 2001, it decreed that bank deposits should be switched at a more favourable exchange rate than loans, in an effort to appease savers.

15、It is the allure of a big and seamless market, as well as low taxes and favourable laws, that makes America the choicest market for private equity in the world.

16、Modern athletes, fuelled by colossal rewards, can easily be tempted into misbehaviour. They end up playing the system not the game, by duping the ref into making wrong but favourable decisions. 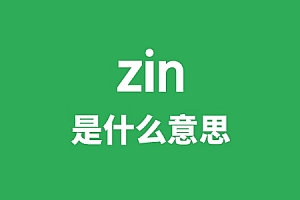