1、This is within his sphere of accountability.

2、Some scientists relegate parapsychology to the sphere of quackery.

3、He has extended his sphere of influence to the world of banking.

4、Meanness happened then too, but the sphere of influence was much smaller.

5、Most of all, India wants to make sure Myanmar does not tilt irrevocably into the Chinese sphere of influence.

6、This standardization of public and private Spaces has a standardizing effect on life and its rhythms, narrowing the sphere of desires and aversions, of sensual experience and taste.

7、It regards Nepal as part of the Indian sphere of influence, and it is easily Nepal’s biggest trading partner and source of investment.

8、Russia’s contention that it is entitled to a modern sphere of influence on the fringes of Europe has caused consternation in the EU and elsewhere.

9、– Standardizing the work of development-oriented poverty alleviation. The responsibility system has to be carried out earnestly in this sphere of work.

10、Placea sphere of nuclear waste in a stable ice sheet and it could melt its way down, the ice re-solidifying behind it.

11、It recently stepped directly into America’s sphere of influence with giant projects in the Philippines, including an aqueduct and major highways.

12、Any talk of a sphere of privileged interests must not be misunderstood: the privilege of close ties is a mutual one, based on mutual respect, not on old imperial sentiments.

13、To emphasize the difference these new elements make, consider the following two figures. In each figure, the EAR file shaded blue indicates the sphere of influence of the application assembler.

14、Once this is established in your thoughts/mind, the negative view of self would revolve around every sphere of your life, producing faulty assumptions and an ongoing self-defeating behavior.

15、I do like to help people whether they want it or not, and am a little fonder of buns than is perhaps wise, but only within the sphere of normality, it transpires.

16、Russia may not be trying to recreate an empire—it has neither the energy, human resources or ideology for that—but it is trying to prevent the West from entering its sphere of influence.

17、It is the essence of his nature, the weight of his importance, the radiance of his splendor, the demonstration of his power, and the atmosphere of his presence. 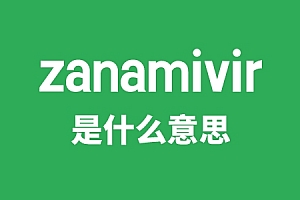